A modern girl. A door to the past. No way back.

When Sophie Arundel falls through a hidden portal into 1925, she assumes she’s dreaming.

Then the portal disappears.

Mysteriously invited to stay in a grand house, Sophie must navigate high-stakes rules to find a wealthy suitor. But that’s the least of her problems.

History is unfolding differently in this England. Millions are starving, desperate and angry. When Sophie’s soulmate is attacked by a baying mob and his life ebbs away…

Can Sophie save him?

Take a Lift to an Alternate Past

I love time travel books. When I turned 18, my mom shared her favorite book with me, Diana Gabaldon’s Outlander, and from that point forward I was on the look out for well crafted flights of fantasy featuring time travel and romance. When Stranded popped up in my queue, I was drawn in by the beautiful cover, and intrigued by a promising sounding synopsis– time travel, soul mates, and a dog? Perfect! Unfortunately, I spent the entire book waiting for the action to start, or to feel a spark of interest and empathy for the characters. Stranded is not a poorly written story, in fact the characters are well developed, and the time travel theories are well thought out, but I 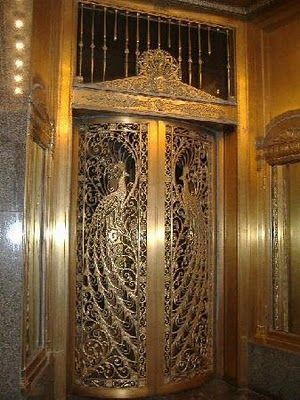 So what did I like? For one, the dog Charlotte, is charmingly mischievous. At this point she doesn’t seem necessary to the story, but I did appreciate her antics. Hopefully in future installments of the Shorten Chronicles, her inclusion will prove to be pivotal to the mystery of Hugo and Sophie’s time travel. I appreciated Tate’s use of multiple universes, genetics, and portal theory (using a gilded elevator) to build drama around the ability of some people to travel through time, building towards the idea that it could be done intentionally, or through a subconscious need. I also enjoyed the idea that time travelers might make a seemingly positive change, in this case the prevention of World War I, that ends up causing a different sort of mass chaos and destruction instead. For example, if the mass death toll of World War I was prevented, would that cause massive unemployment and starvation later on, due to a much higher population? Would it change the course of the fight for women’s suffrage? These are some of the more interesting questions that Tate skims over as the story unfolds.

Which leads me to my main problem with Stranded: it tries to do too much, and because of that never quite delivers on any of its promise. Sophie, Hugo, and Freddie should have a tension filled, page turner of a love triangle, yet their interactions are all tepid at best. And because there are so many competing

theories as to why Hugo, Sophie, and the other time travelers they have met, were able to travel, none of them is ever fully developed enough to become a real hook into the story. Finally, the drama unfolds slowly, and often anticlimactically, leaving me wondering when the thrust of the plot would begin.

Negativity aside, I do think Rosalind Tate has an opportunity to build a wonderful series off of Stranded. With a bit more commitment to action, drama, romance, and a show-stopping revelation for what brought Hugo, Sophie, and Charlotte to an alternate past, this series could still be a great first time travel series for teen readers.

Family of Liars by E. Lockhart

One by One by Ruth Ware

Where the Lost Wander by Amy Harmon