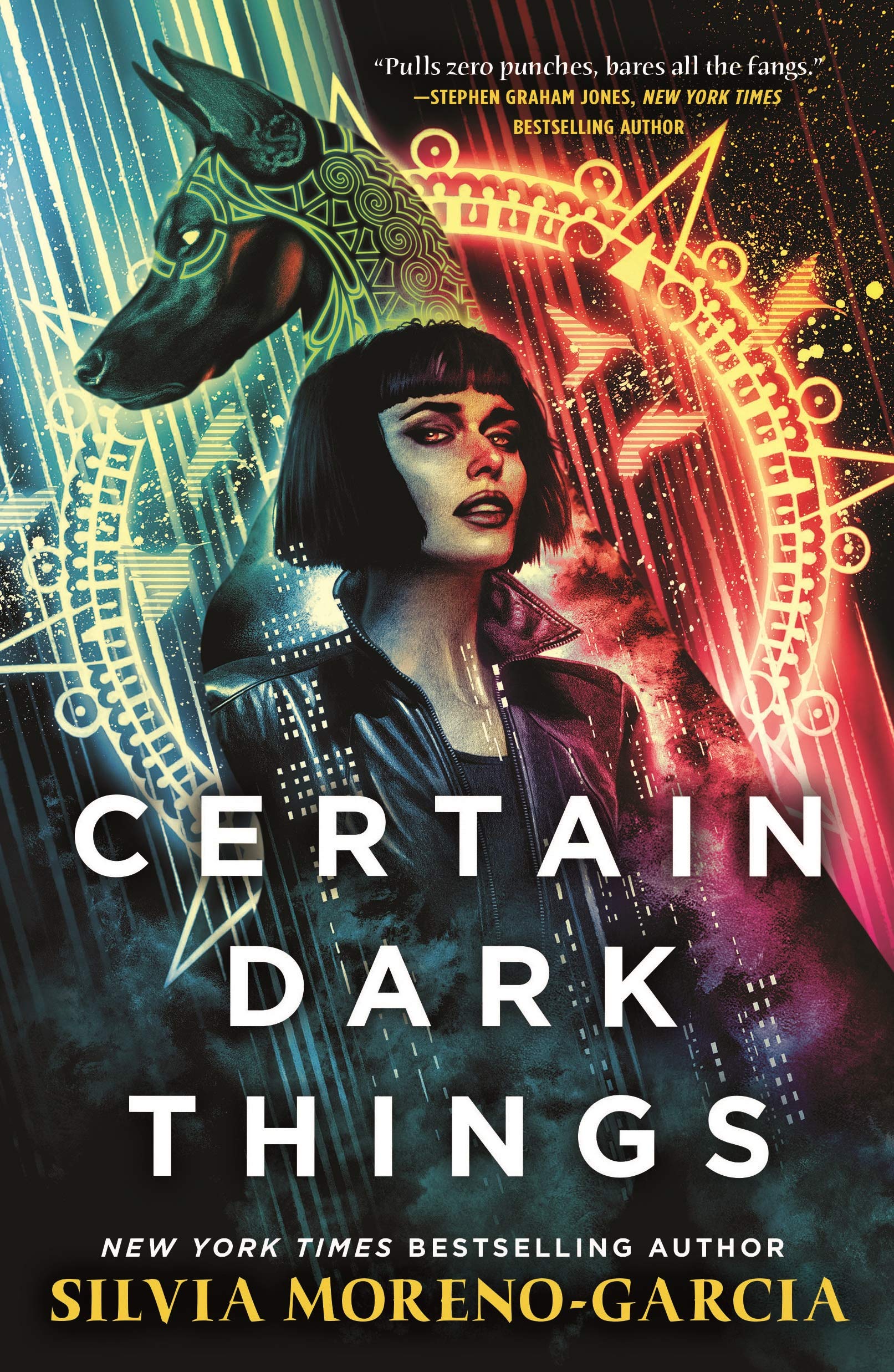 Welcome to Mexico City, an oasis in a sea of vampires. Domingo, a lonely garbage-collecting street kid, is just trying to survive its heavily policed streets when a jaded vampire on the run swoops into his life. Atl, the descendant of Aztec blood drinkers, is smart, beautiful, and dangerous. Domingo is mesmerized.

Atl needs to quickly escape the city, far from the rival narco-vampire clan relentlessly pursuing her. Her plan doesn’t include Domingo, but little by little, Atl finds herself warming up to the scrappy young man and his undeniable charm. As the trail of corpses stretches behind her, local cops and crime bosses both start closing in.

Vampires, humans, cops, and criminals collide in the dark streets of Mexico City. Do Atl and Domingo even stand a chance of making it out alive? Or will the city devour them all?

This is the telling of dark and viscous vampires that we wouldn’t want to meet.

Our main character Atl is basically a spoiled vampire princess from the original species of vamps. There are other subspecies with differing traits and abilities. Naturally, the different clans don’t play nice together and fight for territories. Atl is on the run from another clan. She doesn’t know how to live on her own, and is hiding in Mexico City. The absolute worst place to hide for a vampire. Vamps are absolutely not allowed in Mexico City.

I’m not entirely sure what it was about Atl that kept Domingo near her. She was a danger to his existence from the night they met, and she wasn’t kind to him after he fed her for the first time. Atl ensnared Domingo as her companion, an errand boy and meal source. He was so sweet and innocent despite living on the streets. He keeps to himself, and feeds himself with his meager profits from collecting junk out of trash. Domingo was definitely the only soft thing about this story.

I don’t believe I was prepared for what a gothic novel truly means. Having read plenty of vampire stories, adult romance, and  suspense/thrillers, I expected a mixture of those things with a main character I’d be rooting for throughout. Ultimately, this one fell a little flat for me. The writing is well done, the characters and the setting are well developed. I simply didn’t find Atl to have any redeeming qualities. I anticipate main characters to be someone that you’re siding with, and in this book I was only siding with Domingo, the victim.

Certain Dark Things is well written by the very talented Silvia Moreno-Garcia. This book is most suited for people that desire the dark gothic vampire world that keeps humans as food, and are far from the slightly humanized vampire we’ve come to know in literature.

BTW… Cover are is fire!