Ringo Devereux knows far too much for a man of his times. There’s no simple explanation for it that doesn’t involve improbable conversations about the future, and Ringo’s advanced understanding of three-phase generators and the secret histories of his city are not things he can discuss with the Victorian Londoners around him. Even his origins as an orphaned street thief are far too dangerous for a young gentleman of means to reveal.
An encounter with a ten-year-old pickpocket, and a luncheon with Oscar Wilde and Arthur Conan Doyle draw Ringo back into the shadows of his criminal past. A stolen gemstone, a suspicious pawnbroker, and a damning bundle of letters are mysteries that require Ringo’s thief’s instincts, his obscure facts, and the help of a little girl with the skills of deduction like his.
But are these crimes as random as they first appear? What do a covert affair and a blue carbuncle have in common? Ringo knows too much, but someone knows more, and the identity of a mysterious red-haired woman is perhaps the most diabolically complicated plot of them all.

Historical fiction at its finest!

I have to confess that I am a historical fiction enthusiast.  Not only do I find this genre very intriguing and entertaining but when it is well done, you can imagine the story being an actual part of history.  Author April White made a great first impression with her debut work The Immortal Descendants Series. 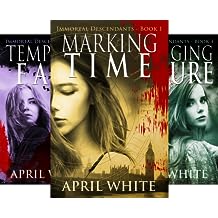 Her skill at melding a wonderfully crafted plot into the fabric of time made it the most recent historical fiction to really capture my attention.  This saga of a time traveling paranormal teen named Saira involved excursions to various times and introduced us to some very memorable characters.  One such character was the intellectually sharp and utterly charming street urchin, Ringo. 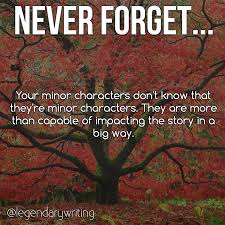 As April tells it, from the moment he hit the pages he just would not go away.  Not only did he endear himself to Saira, but to the reader as well. As the series unfolded it became apparent that he was taking on a life of his own and had his own story to tell, which birthed the Baker Street Series.

For fans of The Immortal Descendants Series April’s An Urchin of Means will be like catching up with a favorite friend.  But, it is written as a stand alone so that anyone can still enjoy the adventures of Ringo and his wife Charlie, even if they have never read the series (which some point they will want to do because it is amazing!). Ringo is a fascinating character that you love to be around, wiser than his age because of all the things he has seen and done, but not hardened because of these experiences.  His insights make him cautious about doing anything that may impact 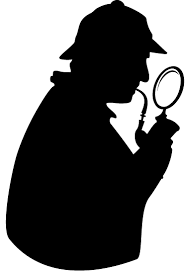 history which in some ways stifles his natural zest for life.  This changes when he crosses paths with Oscar Wilde, the famous poet and playwright, and Arthur Conan Doyle, the creator of the infamous Sherlock Holmes.  Ringo’s street smarts and intelligence catches their attention and prompts them to enlist his help in solving a mystery.  When one mystery leads to another he solves more than just the crime, he rediscovers that spark and purpose he was missing by trying to blend into life and play it safe.

I thoroughly enjoyed April White’s An Urchin of Means and cannot wait for books 2 & 3 in The Baker Street Series scheduled to be released in 2018.  For more backstory on Ringo and April’s motivation to “write what you like to read” watch her live coffee chat on Facebook: