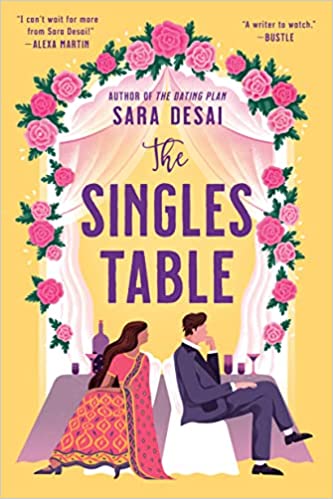 After a devastating break-up, celebrity-obsessed lawyer Zara Patel is determined never to open her heart again. She puts her energy into building her career and helping her friends find their happily-ever-afters. She's never faced a guest at the singles table she couldn’t match, until she crosses paths with the sinfully sexy Jay Dayal. Former military security specialist Jay has no time for love. His life is about working hard, staying focused, and winning at all costs. When charismatic Zara crashes into his life, he's thrown into close contact with exactly the kind of chaos he wants to avoid. Worse, they're stuck together for the entire wedding season. So they make a deal. She'll find his special someone if he introduces her to his celebrity clients. But when their arrangement brings them together in ways they never expected, they realize that the perfect match might just be their own.

Zara was “loud, unruly, wild, and totally out of control”

Sara Desai gives her readers a wonderfully entertaining and heartwarming romantic comedy with The Singles Table. Zara Patel and Jay Dayal are two very different people by all appearances. Zara is a flamboyant, accident prone, nonstop talking attorney from an extensively intertwined and involved Indian family. Zay is former military and co-owner of a security company, extremely aloof and guarded, with no family other than his mother. Their only similarity is their aversion to a committed relationship as the result of a traumatic psychological event. A bridal party paintball event, where they end up on the same team, ignites an attraction that is hard to resist as they are continually thrown together with all the eligible singles during the busy wedding season.

Zara and Jay literally hit the ground running in my head with their comedy of errors paintball battle meeting. Zara’s unfettered brashness and verbal upchucking totally unbalance Jay from the get go while igniting in him a passion he hadn’t realized he had so thoroughly suppressed. Yet, it is his stoic confidence that continues to attract Zara and calm her wild insecurities. I loved this combination and the way Sara connects and grows their attraction to each other as it forces them to confront the unresolved issues in their own lives. The physical attraction, which is steamy, is what first breaks through their fortified defenses with an intensity that surprises them both. While it leaves them initially disconcerted it also reveals an undeniable deeper connection that makes them unable to stay away from each other. Sara writes these budding relationship dynamics so well that you easily become lost in the thoughts and emotions driving The Singles Table.

I probably would have given The Singles Table a 4.5 star rating but was disappointed with the extent to which Zara continues to metaphorically “run” from her feelings and the inevitable “event” that disrupts their relationship. It was both frustrating and predictable, especially after connecting with a story that was so appealing because of its magnetic attraction and unique unfolding. However, the book recovers with a wonderfully satisfying ending that has enticed me to look into reading the other two stories in the Marriage Game series. Overall, Sara does a great job balancing Jay and Zara’s deep emotional and physical relationship with the hilarious aunties’ matchmaking competition and Zara’s unofficial attempts to surpass their numbers with her own lovebird connections. This makes The Singles Table a wonderfully appealing and entertaining romantic comedy you won’t want to miss.

Tanya’s love for books has been a lifelong passion that she likes sharing with others. Reading is also the thing that relaxes her after a day of juggling the many responsibilities that come with being being wife to an amazing man, mother to four great kids spread around the world, business manager, and farm hand on their place in southwest Missouri; home to Akaushi cattle and a menagerie of pygmy goats, horses, chickens, dogs and cats. 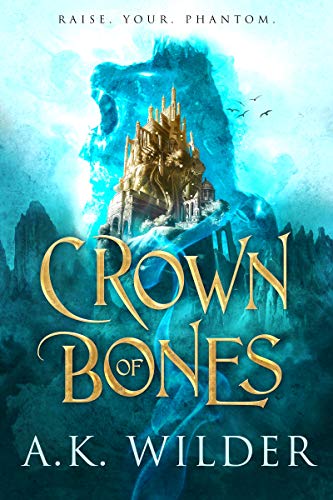 Crown of Bones by A.K. Wilder 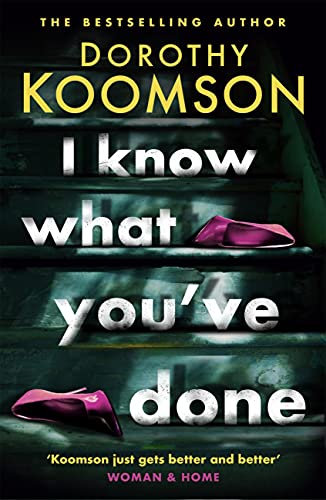 I Know What You’ve Done by Dorothy Koomson

Entwined with You (Crossfire Series #3)