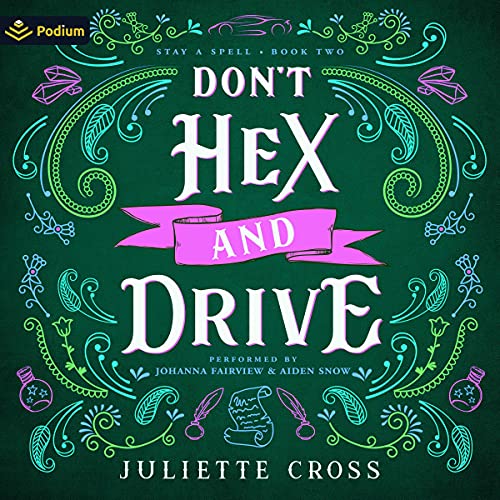 Notoriously bad at peopling, Isadora Savoie spends most of her time in the greenhouse or at the local animal shelter, using her Conduit powers of growth and healing.

Content to remain in the background of the Savoie sister shenanigans, she’s reluctantly roped into the mystery of missing neighborhood girls. Now, she’s partnered with a flashy, flirty vampire to find them before it’s too late.

Devraj Kumar has seen and done it all. Three hundred years roaming the Earth as a Stygorn - a legendary vampire warrior who operates in the shadows - has its perks. But ennui has set in. That is, until he has a run-in - literally - with an intriguing witch while on a new assignment in New Orleans. Fascinated by her resistance to his charms, Devraj can’t help but push her buttons in an effort to get to know the shy witch. Fortunately for him, she’s been recruited by the Lord of Vampires to assist Devraj on the case.

Between a Bollywood marathon, supernatural dating app, secret package, and sexy driving instruction, Isadora is in over her head. And Devraj? After just one taste, he’s playing for keeps.

I’m new to the book narrator scene, and I’ve just learned that a gentleman named Aiden Snow is an extremely talented voice artist. When he said, “Chapter Two. Devraj” (literally the first time I heard him speak) I had to push pause and compose myself. “Holy sh#t” were my choice words before giggling to myself in the car. Do yourself a favor and start listening to any book he’s read. Lucky for us, he’s narrated both Wolf Gone Wild, and Don’t Hex and Drive by Juliette Cross. I’ll be circling back to Wolf Gone Wild shortly.

I loved this story for it’s moments with Isadora’s quirky sisters, and her slow growth from her mellow life upon meeting Devraj. The two of them literally meet by accident, caused by Devraj and his fancy car. Eventually they end up working together on a case of missing human women. The romantic tension builds between them quickly enough that we’re not kept waiting too long before they give in to each other. Let me tell you, reading about their sexual experiences was steamy enough. Listening to Aiden Snow read naughty words equals: steamy + spicy multiplied by fire. Wowza!

This audiobook is some ear candy!

Obviously I could go on and on about how much I LOVED listening to this book. The truth is, even without Aiden Snow, this whole series is gold. The witches are quirky and fun. They have the kind of sibling relationships that we all hope to have with our own siblings. The Vampire and Werewolf men of these books are just the right amount of beasty savage mixed with honor and respect. Devraj is so incredibly patient with Isadora. She is quite the introverted soul, and he didn’t rush her to open up to him. When she does, he appropriately worships her.

If you’re looking for a steamy romance with fun and relatable characters, start reading/listening to the “Stay a Spell” series by Juliette Cross.

Elements of Power by Kate Stoessel

Do Over by Serena Bell