A Fifth Avenue address, parties at the Plaza, two healthy sons, and the ideal husband: what looks like a perfect life for Katharina Edgeworth is anything but. It’s 1954, and the post-war American dream has become a nightmare.

A born and bred New Yorker, Katharina is the daughter of immigrants, Ivy-League-educated, and speaks four languages. As a single girl in 1940s Manhattan, she is a translator at the newly formed United Nations, devoting her days to her work and the promise of world peace—and her nights to cocktails and the promise of a good time.

Now the wife of a beloved pediatric surgeon and heir to a shipping fortune, Katharina is trapped in a gilded cage, desperate to escape the constraints of domesticity. So when she is approached by the FBI and asked to join their ranks as an informant, Katharina seizes the opportunity. A man from her past has become a high-level Soviet spy, but no one has been able to infiltrate his circle. Enter Katharina, the perfect woman for the job.

Navigating the demands of the FBI and the secrets of the KGB, she becomes a courier, carrying stolen government documents from D.C. to Manhattan. But as those closest to her lose their covers, and their lives, Katharina’s secret soon threatens to ruin her.

A Woman’s Place…Is Wherever She Says It Is

History is sprinkled with women who demanded more for themselves than the expected roles of loving wife and capable mother. Through their grit, sacrifices, and determination, these dreamers formed the cornerstone for what would eventually become the modern women’s movement; whether through the fight for suffrage, equal legal rights, or employment protections, all had an important role to play. Rina, the main character in A Woman of Intelligence, is a woman after my own heart: although she has

everything she is supposed to want, she can’t help dreaming of contributing to society in more tangible ways than by raising the next generation. She wants to use her intelligence to better the world, as she had during her work with the UN following WWII. Instead, she finds herself stifled by the confines of high society life, revolving around old money and medical fundraisers for her husband’s hospital. In fact, the title of the book is a brilliant play on words, eluding to Rina’s intellect, and her eventual work with the U.S. intelligence services. 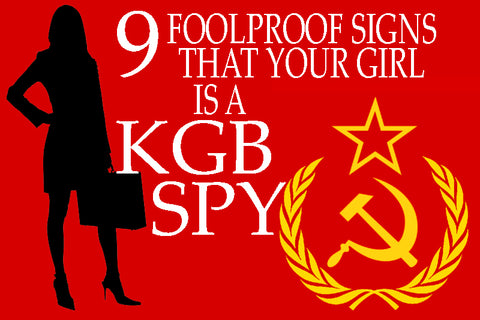 much to be thankful for, yet still feels conventional and unfulfilled. And while her actions regarding her marriage and her children are a little cringey at times, even those can be excused if one views her as a person struggling not to drown in the vast depths of depression. Rina’s quest for something more lends itself to a book that unfolds quickly, with varying degrees of suspense, heartache, and eventually hope. It also teases out the finer points of the fight against communism during the Cold War, by raising the question of whether or not all communists are inherently evil, or just sucked into a cause they didn’t fully understand the intricacies of. Each time Rina feels she is closer to resolving her feelings about the communists she is working against, another murder, suspicious death, or hair-raising meeting will throw her back off balance; leaving her feeling that she has lost a friend, rather than an enemy. As Red hysteria grips the nation during the McCarthy trials, she finds she must step carefully to avoid a clash between her existence as a housewife, and her existence as an FBI asset. And yet, despite the precariousness of her situation, she feels happy, and happiness is sometimes worth paying a high price.