The Ladies of the Secret Circus by Constance Sayers 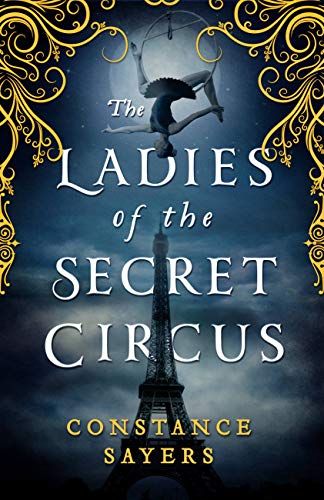 The Ladies of the Secret Circus
Constance Sayers
Redhook
March 23, 2021

From the author of A Witch in Time comes a magical story spanning from Jazz Age Paris to modern-day America of family secrets, sacrifice, and lost love set against the backdrop of a mysterious circus.

Paris, 1925: To enter the Secret Circus is to enter a world of wonder—a world where women weave illusions of magnificent beasts, carousels take you back in time, and trapeze artists float across the sky. Bound to her family's circus, it's the only world Cecile Cabot knows until she meets a charismatic young painter and embarks on a passionate affair that could cost her everything.

Virginia, 2004: Lara Barnes is on top of the world until her fiancé disappears on their wedding day. When her desperate search for answers unexpectedly leads to her great-grandmother’s journals, Lara is swept into a story of a dark circus and ill-fated love.

Soon secrets about Lara’s family history begin to come to light, revealing a curse that has been claiming payment from the women in her family for generations. A curse that might be tied to her fiancé’s mysterious disappearance

There was so much more to this story than a secretive circus. I went into this book expecting a story of simple family magic with a little bit of sacrifice to keep a circus running. I knew it would be a responsibility of the women in a strong family. I was not ready for how deep their secrets would run. So deep, much of their history was kept secret even from each other.

In a small town with zero crime, a man’s disappearance is definitely suspicious.

Lara Barnes is in love and ready to be married to a man that her mom doesn’t like very much. Despite her mother’s doubts about Todd, Lara’s ready to take that leap, despite having to keep her magical abilities secret from him. When he disappears on their wedding day, Lara is of course devastated. Did he leave town? Why is her mom acting so strange? What does she know that she’s not revealing to Lara?

The women of the Barnes family hold dark secrets…

While following Lara’s story, we learn of her family’s circus through the lens of a performer’s journal. The circus was shrouded in so much mystery that patrons couldn’t buy a ticket. If you want it badly enough, it would arrive. If you weren’t holding a ticket, you couldn’t even see the circus tent. Through the journal, Lara will learn the root of her magic, its purpose, and how the circus could be responsible for the fate of her lost fiancé.

Constance Sayers painted a vivid picture of the circus in Paris. She alludes to the fact that there’s more to the circus than meets the eye, and yet even a seasoned reader doesn’t pick up on the secret of its magic. I’m impressed with Sayers’ ability to keep readers guessing at each clue throughout the story. The Ladies of the Secret Circus is one of those books that you’ll want to finish in one sitting!

An Honest Lie by Tarryn Fisher