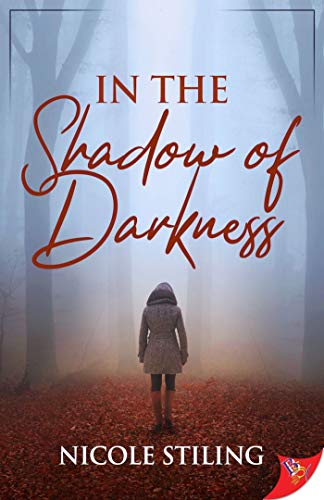 One seemingly ordinary evening, Angeline Vallencourt is ripped from life as she knows it and thrust into a world she doesn't understand. As a newly turned vampire, the only one she can turn to for help is the vampire who becomes her worst nightmare.

Meghan Denham is in the wrong place at the wrong time. After ending up the victim of a robbery-gone-wrong, her life is turned upside down by the strange and beautiful Angeline. If Angeline is telling the truth about who she is, then everything Megan believes about the world is a lie. If Angeline is lying, then she will have to walk away from the first person to set her heart on fire.

When suspicious deaths begin to occur in their small town of Fog Hollow, Angeline and Megan find themselves as unlikely allies, with an even more unlikely attraction.

Is being a vampire a curse, or just a health condition?

Angeline is forced into the life of a vampire without a moment of consideration. Her maker Kathryn simply picked her for reasons Angeline never understands. Living a simple life, married to a kind man, Angeline is immediately altered and has to leave her life and loved ones behind.

What transpires next is a very toxic “friendship” between Angeline and Kathryn. It seems that Angeline doesn’t even truly recognize the relationship as controlling and abusive. She didn’t want the life she’d been left with, but she couldn’t end her life either. So she simply moves forward, allowing Kathryn to care for her. It builds a dependence for her survival. Angeline spends decades resenting Kathryn while simultaneously feeling she couldn’t make it without her. She chooses to live in the most honest way she can, think of her condition as a blood disorder rather than a curse from the undead.

Decades later, Megan is leading her normal life as a real estate appraiser when she crosses paths with Angeline. Her attraction and curiosity about Angeline is almost immediate. Surprisingly, Angeline doesn’t attempt to hide her true nature. While it doesn’t scare Megan away, it does come to be a problem when humans turn up drained of all their blood from a neck bite. Megan truly believes it isn’t Angeline, but that doesn’t help keep the local authorities from asking her questions. Megan must know something about that mysterious vampire woman in town – and they will not keep searching.

The budding relationship between Megan and Angeline isn’t as corny as some of the vampire romances we’re used to reading. Nicole Stilling took time to develop each of the women into interesting and independent women. Both of them were doing well enough in their lives before meeting each other. They slowly realize that the other adds something positive to their life. It was a refreshing take on vampire romance.