The Room on Rue Amélie by Kristin Harmel

When newlywed Ruby Henderson Benoit arrives in Paris in 1939 with her French husband Marcel, she imagines strolling arm in arm along the grand boulevards, awash in the golden afternoon light. But war is looming on the horizon, and as France falls to the Nazis, her marriage begins to splinter, too.

Charlotte Dacher is eleven when the Germans roll into the French capital, their sinister swastika flags snapping in the breeze. After the Jewish restrictions take effect and Jews are ordered to wear the yellow star, Charlotte can’t imagine things getting much worse. But then the mass deportations begin, and her life is ripped forever apart.

Thomas Clarke joins the British Royal Air Force to protect his country, but when his beloved mother dies in a German bombing during the waning days of the Blitz, he wonders if he’s really making a difference. Then he finds himself in Paris, in the shadow of the Eiffel Tower, and he discovers a new reason to keep fighting—and an unexpected road home.

When fate brings them together, Ruby, Charlotte, and Thomas must summon the courage to defy the Nazis—and to open their own broken hearts—as they fight to survive. Rich with historical drama and emotional depth, this is an unforgettable story that will stay with you long after the final page is turned.

A Miracle in the Room on Rue Amelie

The Room on Rue Amelie is a story of love and miracles set against the back-drop of war-torn France during WWII. It is a story of ordinary people finding their purpose, and putting their lives on the line for the greater good. It is a story that I know will stay with me for quite some time, not as a book hangover, but as a beautiful echo of characters well-loved, and a storyline perfectly ended. This book is a masterpiece, and it is worthy than far more than the five stars that I can award it. 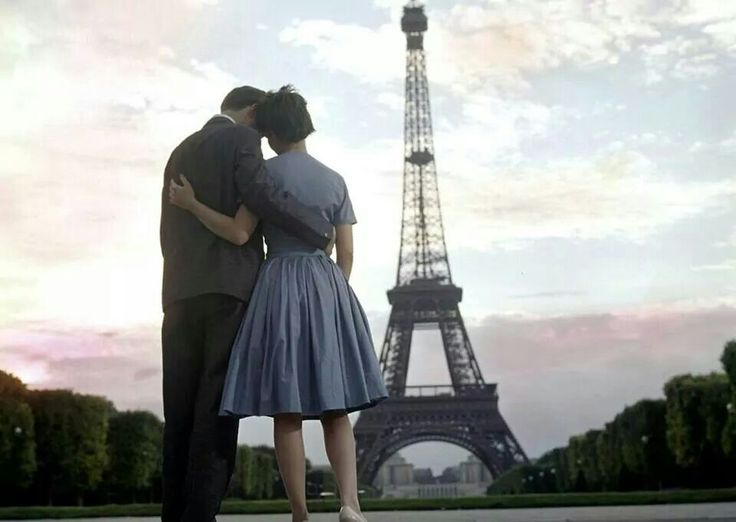 I already knew that Kristin Harmel is a wonderful story teller when I began reading The Room on Rue Amelie, since I am also a fan of When We Meet Again, which I have devoured more than once since its publication in 2016. But, even though I was anticipating another tear-inducing, emotional ride across time, my expectations were blown away by this book. From the lush descriptions and historical accuracy of the settings, to the depth of the characters and their relationships, this is a book that should not be missed by historical fiction buffs, or romance aficionados.

The main characters in the book, Ruby, Charlotte, and Thomas are all equally likable, and anxiety-inducing. I spent much of my time reading, with a deep sense of foreboding hovering over me, since I expected disaster at every turn. There were  times when I was almost afraid to keep reading, since I knew sooner or later my heart would be broken…yet, each time I walked away, I found myself coming back

very quickly. Ruby and Charlotte are both spunky and driven, determined to do the right thing, and fight for an end to the despotism of the Nazi regime, despite the risks to their own safety. In fact, it is through taking those risks, that they both grow into the lives they were meant to lead. Ruby’s obsession with fighting the war in her own way, by helping downed Allied pilots to safety, is an excellent reminder that we can all help to better the world, even through seemingly small actions. Meanwhile, Charlotte’s drive to help her fellow Jews and other refugees, even as it seems the rest of France is turning its back on them, is a stark reminder that age doesn’t matter when it comes to doing what is right.

Meanwhile, Thomas is a typical hero, who is fighting to preserve the type of life he believes people should have, and to keep his own loved ones safe. His faith in a better future for Europe, and for himself, is a reminder of the sacrifices and optimism that carried the Greatest Generation through the

dark days of conflict during WWII. The danger the characters face, and the solace they find in each other, serves as a further reminder that family is about more than shared blood, and that home can be anywhere, as long as you are surrounded by those you love.

Finally, and perhaps most importantly, The Room on Rue Amelie, reminded me of the debt that we owe to all of those who have fought against tyranny through the ages, but perhaps most particularly during WWII. Some heroes are well known, while others like those who worked as links in the escape networks, are not; yet all of them took tremendous risk to bring the world out of the darkness imposed by Hitler and the Nazis. This is a book that I cannot wait to share with my students, and with my friends…and to read again and again myself.

A Court of Frost and Starlight by Sarah J. Maas