Her vengeance. His vision.

Ari lost everything she once loved when the Five Guilds’ resistance fell to the Dragon King. Now, she uses her unparalleled gift for clockwork machinery in tandem with notoriously unscrupulous morals to contribute to a thriving underground organ market. There isn’t a place on Loom that is secure from the engineer turned thief, and her magical talents are sold to the highest bidder as long as the job defies their Dragon oppressors.

Cvareh would do anything to see his sister usurp the Dragon King and sit on the throne. His family’s house has endured the shame of being the lowest rung in the Dragons’ society for far too long. The Alchemist Guild, down on Loom, may just hold the key to putting his kin in power, if Cvareh can get to them before the Dragon King’s assassins.

He offers her the one thing Ari can’t refuse: A wish of her greatest desire, if she brings him to the Alchemists of Loom.

Loom is a Place of Gloom and Doom…

And honestly, is a perfectly constructed steampunk fantasy land, as things run off of magic, steam, and coal. Elise Kova did a masterful job of constructing the world of Loom, with rich descriptions of the settings, allowing a reader to feel the oppressive despair of the denizens of Loom, and to revile the harsh superiority of the dragons who live above them in the clouds.

The world of the Alchemists of Loom is devoid of happiness, and seems to be largely lacking in human emotion, which is what makes the main characters stand out from the rest. Ari, the central character, is obsessed with revenge on the dragons for what they have done to Loom. Outside of her drive for revenge, her only other concern is keeping her student (and maybe former lover?) Florence, safe. Florence, meanwhile, is a ray of sunshine into the lives of those she trusts, being the only person in the story that is truly selfless. Cvareh, the dragon, is not human, but starts to feel rather human emotions the longer he remains with Ari and Florence on Loom, which could cost him dearly in his quest to overthrow that Dragon King. And while these characters failed to completely win me over, they were well all drawn and developed. 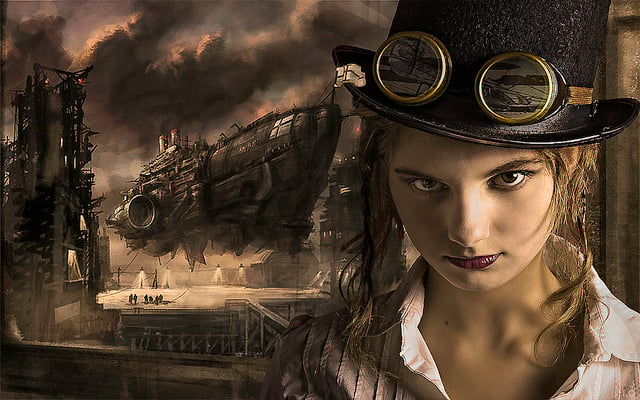 At times I started to really like this book, the adventure is fast paced, the battles are well described, and the premise is pretty cool too, being dystopian and steampunk fantasy rolled into one. But for me, the story never really took off. I never felt like I had a true handle on its direction, and I was left with more questions than answers at the end. The romance also fizzled, or maybe never happened…I would be interested to see what will be (or not) between Ari and Cvareh as their time together continues. Which means that, yes, I do intend to read the sequel. Although this book failed to hook me, Elise Kova is a wonderful writer, whose creativity and ability to paint with words is tough to match. People who are fans of steampunk would probably love The Alchemists of Loom; so although this one was not totally for me, I would still recommend it to fans of Ms. Kova, and to steampunk fanatics in general. All the ingredients for a truly epic series are present, if not yet fully realized, so for that reason, I look forward to the next installment, and hope to be hooked!