Darkness Savage by Rachel A. Marks

The fate of humanity hangs in the balance as Aidan faces a crushing choice: give in to the demands of the forces of Darkness in order to save his sister, Ava, or fight on the side of good and risk losing her forever. With so much at stake and so little time, Aidan embarks on a mission to finish assembling a team of “Lights,” other teens whose special abilities are linked to his own.

Meanwhile, Rebecca discovers that she’s more than just a normal teen, and that the power awakening inside her may be stronger than she ever could have imagined. As the city plunges into chaos and Aidan doubts his plan of attack, Rebecca’s newfound gift may tip the balance in the wrong direction.

In this thrilling final installment of The Dark Cycle trilogy, will Aidan find the help he needs to release the world from Darkness’s grip? Or will he lose everything he's been desperately trying to save, including his soul?

If you have read my past reviews of books in the Dark Cycle trilogy, it is probably no secret that I am a fan of Rachel A. Marks and the world of light and darkness that she has crafted for her characters to live in. The months I waited to receive Darkness Savage, after finishing the first two books in the series, seemed interminably long. And when I received the book, I was not disappointed! The conclusion perfectly wrapped up all the lose ends, while still leaving room for spin off stories and novellas, leaving me with hope that there will be more to come about Aiden, Kara, Connor, Rebecca, and the others of L.A. Paranormal.

I don’t really have much to critique about this book, as it is one of the rare series conclusions that didn’t leave me feeling like I had unanswered questions, or like the fate of favorite characters was in some way unaddressed. There was just enough tragedy to make things believable, but not so much that I spent the whole book feeling bereft. Kara and Aiden’s relationship was as strong as ever, and the friendships between the Lights was solidified into something stable and lasting, giving each person the family they had always deserved. 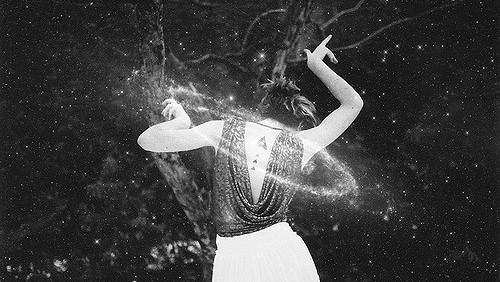 My favorite aspect of the book, was the evolution of Rebecca’s character; at points in the past she seriously annoyed me with her petulance and do-goodery, but this time she came into her own and fulfilled the badass possibilities I had previously hoped she would. She served as the perfect counter-point to Ava, who was one scary force to be reckoned with this time around! Looking forward, one of my main hopes for future tales from Rachel, is more on Rebecca and Connor, because their relationship is my new favorite (*hint hint* to the author if she sees this review)!

In summation, Darkness Savage strikes the perfect balance between delving into the dark sides of

human nature, and the inherent good stashed away in most of us. The whole idea of light v. dark was perfectly rendered, painting a picture of a world that you could almost imagine as real, despite the fact that it is spun from the stuff of fantasy. If you have not checked out the Dark Cycle yet, I highly recommend ordering all three books! Or, if you enjoyed the other books as much as I did, definitely pre-order Darkness Savage right now, I can promise that you won’t be disappointed!